Today, I’m breaking down the healing properties of three functional mushrooms that I’m continuously blown away by: lion’s mane, reishi, and cordyceps.

Here’s a quick cheat sheet for those who may not have the time to read the full newsletter:

I’ve also included the supplement that I personally take that features all three of these functional mushrooms. This product is my absolute go-to, especially when I’m starting to notice I’m feeling a little under the weather.

Let’s jump right into the magical world of fungi! 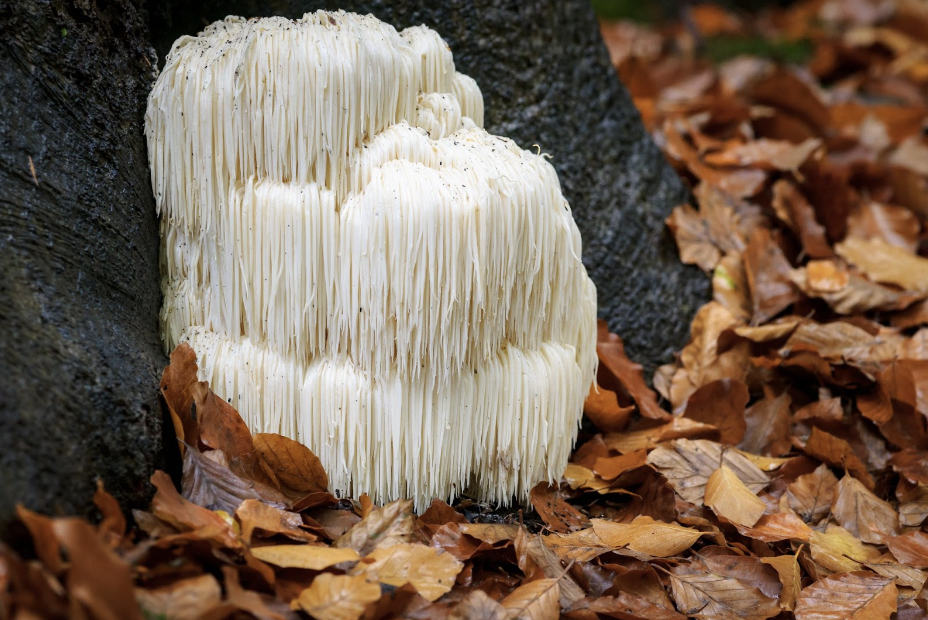 Lion’s mane has both culinary and medicinal uses, but it’s most famous for its positive effects on cognition, mood, and immunity through its strong anti-inflammatory and neuroprotective properties.

Miracle-Gro for Your Brain?

Research shows that the bioactive compounds in lion’s mane stimulate brain-derived neurotrophic factor (BDNF), a gene that promotes the growth of new nerve cells (1)(2). Many past podcast guests refer to BDNF as “Miracle-Gro” for your brain without all of the harmful chemicals.

Before we move on to the other incredible benefits of lion’s mane, I want to give a big thanks to this week’s sponsor, Inside Tracker.

There’s nothing more frustrating than making changes to your diet and feeling like your health still isn’t where you want it to be.

My number one tip for my friends and family who come to me with this is to get metabolic lab work done. But standard lab tests can be super limiting with what they tell you, which is why I recommend Inside Tracker.

Unlike routine blood work, InsideTracker looks at everything from metabolic and inflammatory markers to nutrients and hormones. They even test your cortisol levels and give tips to help you better manage stress.

Inside Tracker helps take the guesswork out of optimal health and creates a nutrition, exercise, and lifestyle plan that’s personalized for you based on your blood work, DNA, and personal preferences.

Right now, InsideTracker is offering my Try This community 20% off. Just click this link and use the code DHRU20 at checkout and start dialing in your health today!

Now, back to the magical healing power of lion’s mane!

May Slow the Progression of Alzheimer’s Disease

Another nearly year-long study showed that three 350mg capsules of lion’s mane per day slowed symptoms of cognitive impairment in patients with mild Alzheimer’s disease. These results were significant when compared to the placebo group, whose cognitive decline got worse by the end of the trial (4).

Positive Changes in Mood and Behavior

On top of being a “smart mushroom,” lion’s mane has antioxidant properties that may help improve mood and behavior. It seems that the primary way it does this is by reducing inflammation in the body and the brain (5).

This was displayed in a clinical trial of menopausal women who were told to eat a cookie infused with lion’s mane extract or a regular placebo cookie for four weeks. At the end of the trial, the women eating the lion’s mane cookie reported significantly fewer symptoms of depression, irritability, and anxiousness and notable improvements in concentration (6). 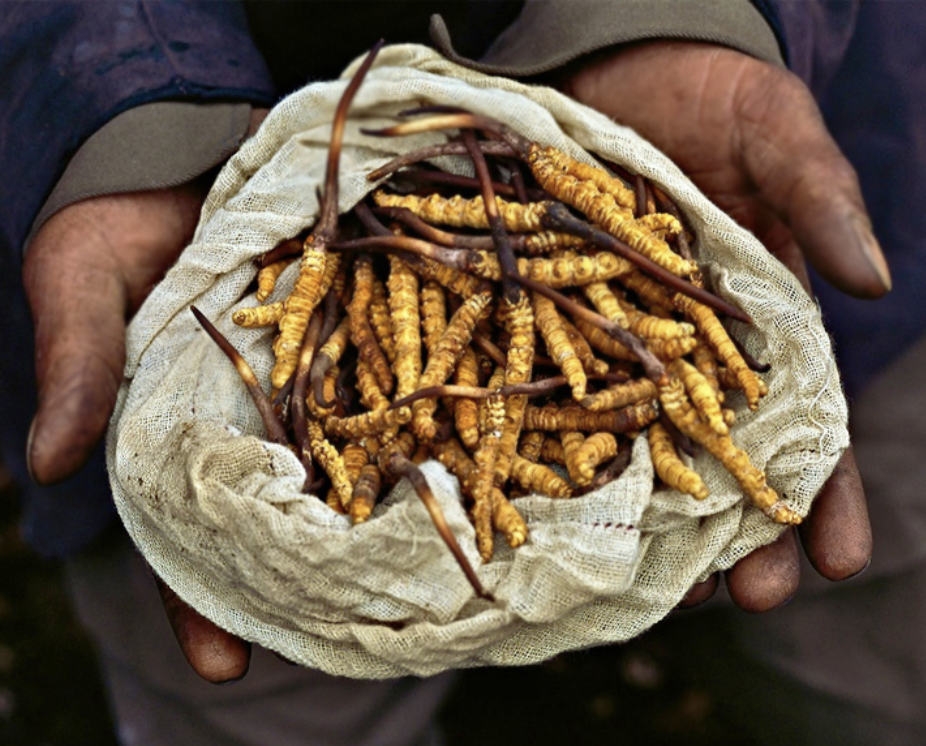 Cordyceps can be used as a culinary mushroom and tastes best when consumed in the form of soups, stews, and teas. It can also be taken in a liquid or capsule form to get its natural energy and immune-supporting benefits.

This mushroom is most known for increasing the production of ATP and acts as a natural energy enhancer. Studies show that cordyceps can improve physical stamina and endurance, which could be useful for exercise, athletic performance, and elderly populations.

In a clinical trial, the effectiveness of cordyceps on cycling endurance was studied in a group of healthy young adults. After three weeks, those taking the cordyceps reported significantly greater VO2 max scores (a measure of the max amount of oxygen your body can use during exercise). They could also ride their bikes longer than the placebo group before reaching exhaustion (7).

A similar effect was observed in a clinical trial of elderly individuals taking 330mg of cordyceps or a placebo three times per day for 12 weeks. The cordyceps group could put in more work on a stationary bike with less lactic acid buildup than the placebo group and could ride for longer without getting tired (8).

Cordyceps has been referred to as a longevity mushroom in traditional Chinese medicine for its effects on energy and has also been used to treat a number of different ailments (9). It’s also been shown to boost glutathione levels and has a number of benefits for the immune system (10). 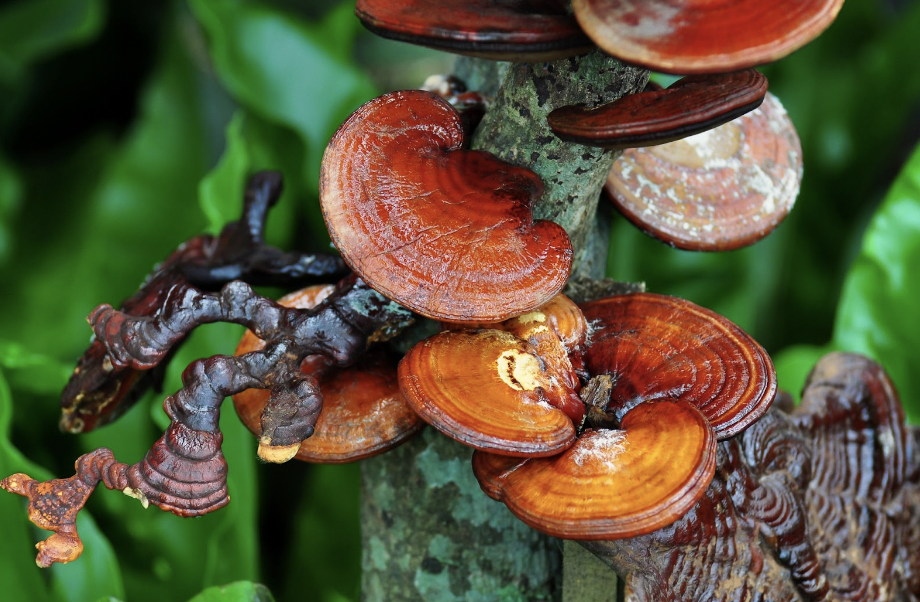 The bioactive molecules in reishi help fight infection, lower inflammation, and have antioxidant, antimicrobial, and anti-cancer properties (11). Unlike lion’s mane and cordyceps, the hard, woody texture of reishi isn’t great for culinary use. The best way to get its immune-supporting benefits is through supplementation.

May Help Fight Cancer When Combined with Conventional Treatments

Japanese and Chinese medicine have studied the use of medicinal mushrooms as an adjunctive treatment with radiation and chemotherapy. Of these, the benefits of reishi in cancer research are pretty well established (12).

The National Cancer Institute is even beginning to recognize the use of cordyceps for strengthening the immune system in lung cancer and colorectal cancer.

Research shows that the active ingredients in reishi mushrooms may beneficially support the immune system in patients with cancer. One study showed that 1,800mg three times per day for 12 weeks increased natural killer-cell activity, which fights infection and cancer in the body (13).

I want to be super clear that reishi is not to be mistaken as a replacement for conventional cancer therapy, as this is currently the gold standard. The research on reishi is still developing, but what the current evidence does suggest is that it could be a useful adjunctive cancer treatment worth asking your doctor about.

In a study of people with neurasthenia (a condition characterized by fatigue, headache, and irritability) who were given 1,800mg of reishi extract three times per day, significant improvements in well-being were reported after just eight weeks (15).

Companies like Four Sigmatic have special mushroom teas infused with reishi that can be enjoyed before bed or if you’re stressed to help you chill out!

Who Should Avoid Using Functional Mushrooms?

Lion’s mane, cordyceps, and reishi are considered safe for the general public. That being said, women who are pregnant or breastfeeding should always check with their practitioner before making any changes to their diet or supplement regimen.

A few other people who should check with their practitioner are individuals who are on prescription medication for blood thinners or blood pressure or those who are suffering from liver disease. As always, if you have any questions check in with your doctor, ideally a Functional Medicine doctor, before jumping in.

Here are a couple of ways you can start integrating high-quality functional mushrooms into your routine!

Functional mushrooms are the latest frontier in holistic health, and there is a good reason for their explosion in popularity.

Today, we covered three of my favorite functional mushrooms, but there are many others out there that have incredible health benefits.

If you want to learn more about functional mushrooms and how to use them, I highly recommend checking out my dear friend Tero’s new book, Healing Adaptogens: The Definitive Guide to Using Super Herbs and Mushrooms for Your Body’s Restoration, Defense, and Performance.